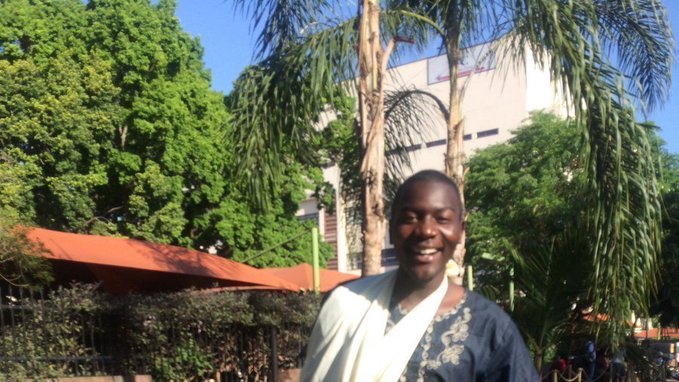 Written by Byron Adonis Mutingwende
By Kumbirai Mafunda
Harare Magistrate Yeukai Chigodora on Monday 24 February 2020 ended the lengthy detention of pro-democracy campaigner Makomborero Haruzivishe and Allan Moyo, who were arrested last week by Zimbabwe Republic Police (ZRP) officers and charged for allegedly participating in an illegal demonstration.
Haruzivishe and Moyo were arrested on Thursday 20 February 2020 by some ZRP officers who charged them with participating in a gathering with intent to promote public violence, breaches of the peace or bigotry as defined in section 37 (1)(b) of the Criminal Law (Codification and Reform) Act.
Prosecutors claimed that Haruzivishe and Moyo, who were represented by Obey Shava of Zimbabwe Lawyers for Human Rights (ZLHR), participated in an illegal demonstration allegedly staged by some MDC Alliance party youths on Wednesday 19 February 2020 in Harare’s central business district.
During the demonstration, prosecutors charged that the protesters whom included Haruzivishe and Moyo held placards inscribed “Respect our own Constitution,” “ED enda,” “ED must go,” among other posters and sang some protest songs with the lyrics “Hatichada kunyengerera,” “hatipihwe order nemasaskamu.”
The duo according to prosecutors were identified while allegedly committing the offence on some video footage, which was reportedly circulated on social media platforms and which will be produced in court as an exhibit when their trial commences.
Magistrate Chigodora ordered Haruzivishe and Moyo to pay ZWL$1 000 each as bail money and to report twice a week on Mondays and Tuesday at Harare Central Police Station, to reside at their given residential addresses and not to interfere with state witnesses until the matter is finalised.