As the new year-round the corner we are getting numerous updates about the launch of new smartphones by the mobile manufactures. We could expect that the next several new smartphones and devices of various categories to be available in 2019 and that too includes the Huawei Y7 2019.

Huawei, which has already confirmed its presence at the Mobile World Congress 2019, the world’s premier mobile technology event, is expected to showcase many handsets. Among them, we will see entry-level models, such as the future Huawei Y7 2019, which appeared today in new leaked images. 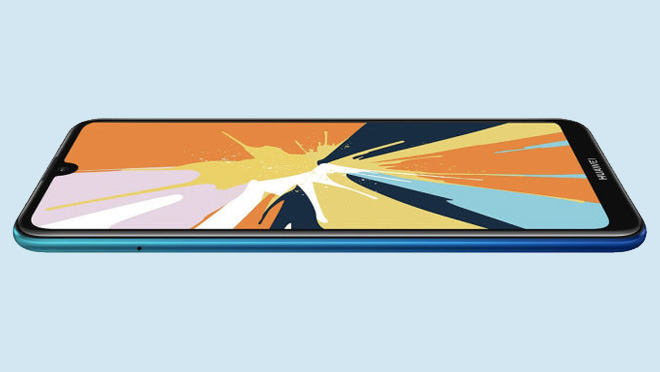 In addition to the leaked images that show several details of the new smartphone, some of its technical characteristics have also been rumored.

The leaked images showcase the device with a drop-shaped notch setup on the front, a speaker for calls on the top edge, and a dual-rear camera system on the back of the handset, with indications of the use of artificial intelligence for image enhancement.

The upcoming Huawei Y7 2019 is expected to equipped with a massive 6.26-inch display with a body to screen ration in 19:9 format. It has a cutout at the top, and the back camera packs with a combination of a 13-megapixel sensor with F / 1.8 aperture and a 2-megapixel sensor used only for depth effects.

In terms of using advanced technology in new phones, the Chinese smartphone giant is among front-runner – like some other Huawei smartphones the Huawei Y7 2019 will also feature a variety of AI features around the camera, including scene detection.

Either way, this has not yet been confirmed by the company.

Rumors still suggest that it would arrive in Europe for a price close to 150 euros, (approximately Rs. 10,000), without the addition of national taxes. There is still no date for the officialization of Huawei Y7 2019, so we can only wait for information from Huawei itself.