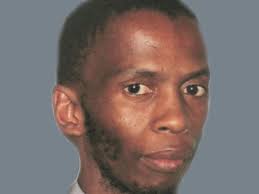 Written by Byron Adonis Mutingwende
By Habakkuk Trust
The infamous witch hunters popularly known as ‘Tsikamutanda’, have taken temporary residence in Umzingwane Ward 9 where they are giving villagers ‘value for their livestock’, through their religious antics.

Known for their witch hunting exploits, Tsikamutandas employ mysterious spirituals tactics to capture goblins and exorcise people who are said to be involved in activities related to witchcraft. It is alleged that during exorcisms, which are normally carried out in full view of the public, various occultic tools of the witchcraft trade are discovered in individual homesteads and subsequently destroyed by the exorcists. The tools of trade, are said to range from mud pots laced with beads to living creatures like snakes. Such occultic materials would be labelled as major causes of misfortune in a family or village. Misfortunes linked to illnesses, mysterious disappearances and even deaths are said to be a result of these witchcraft activities.

Over 70 cattle, 329 goats and unnumbered chickens had been paid to the witch hunters in three villages in just a month. This shows that people are willing to give up their valuables over mystic occult practices at the expense of development.


Before destruction of the occultic materials, alleged owners are compelled to acknowledge ownership and subsequently pay for the exorcism services through cash or livestock. Although this may seem to be the end of troubles, it may signal the beginning of conflicts in the community.

Without any restorative or reconciliatory efforts from the exorcists and community leaders, villagers are likely to be left at logger heads with each other, claiming compensation or justice from the alleged perpetrators responsible for their misfortunes.

-any person to name or indicate any other person as a wizard or witch.

-the use of non-natural means to identify any person as the perpetrator of any alleged crime.

With the above provisions, there is very little hope of obtaining criminal justice or any form of justice through legal recourse. Without the promise for justice, affected individuals or families might decide to take the law into their own hands thus giving rise to conflict in the community.