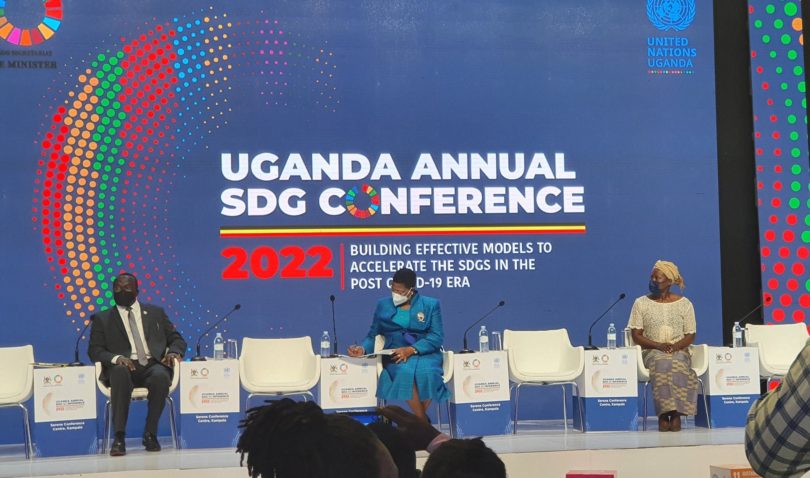 The Government of Uganda has scaled up the practice of voluntary local reviews – which monitor progress made by local governments towards the Sustainable Development Goals (SDGs) – and is bringing their outcomes to the forefront of its national SDG reporting process. According to a media statement from Economic Commission for Africa (ECA), this development builds on the country’s first voluntary local review of the SDGs and African Union’s Agenda 2063, which was conducted for Uganda’s eastern district of Ngora in 2019 with support from the United Nations Economic Commission for Africa (ECA).

The review has subsequently led to the mainstreaming of voluntary local reviews in Uganda’s SDGs reporting process – managed by the SDG Secretariat within the country’s Prime Minister’s Office. After Ngora, according to the release, the SDG Secretariat has gone ahead to scale up the voluntary local reviews approach in other local governments, including Uganda’s Sheema, Bugiri, Nebbi, Kyotera, Sironko, and Kitagwenda districts.

As part of this national-wide drive to localise the SDGs, the Government of Uganda last week inaugurated its Annual SDG Conference in Kampala under the theme of ‘Building Effective Models to Accelerate the SDGs in the Post-COVID-19 Era’. At the conference, Ms. Edlam Yemeru, acting Director of ECA’s Gender Poverty and Social Policy Division, was invited to speak about the role of local authorities in delivering on the SDG promise.

In her remarks at the conference, Ms. Yemeru expressed her delight over Uganda’s leadership in mainstreaming voluntary local reviews as well as their vital contributions to its national SDG reporting process.

“Local communities are at the heart of our shared drive to achieve the SDGs. There is no aspect of the SDGs or the Agenda 2063 where local governments do not play a central role. Without the local ownership and action, the achievement of the SDGs at the national, regional, and global levels during this Decade of Action is not possible – and that has been the focus of ECA’s work,” she said.

Ms. Edlam Yemeru added: “Through its knowledge products and in-country technical assistance, ECA has been supporting local governments across Africa to localise the SDGs and conduct their voluntary local reviews. As of 2022, ECA has supported five local African governments in preparing and presenting their local reviews, with several more on the way.”

In particular, she shared the ECA’s Africa Regional Guidelines for Voluntary Local Reviews – developed in partnership with UN-Habitat and United Cities and Local Governments of Africa (UCLG-A) – with the conference participants. The guidelines offer local governments a common regional template to conduct their voluntary local reviews, involving all stakeholders and linking with national review processes, whilst fostering coherent information gathering and reporting process, and streamlining peer learning.

Ms. Yemeru said: “Local authorities are at the forefront of planning, financing, and implementing the policies and investments needed to achieve the SDG targets and address challenging impending progress. Therefore, a greater focus on their inclusion in the national SDG reporting process as well as in this conference is a step in the right direction, which should be sustained throughout this decade to coordinate efforts locally, share good practices, and mobilise action in the face of emerging challenges such as the pandemic and climate change.”

The conference, held on 16-17 June 2022, aimed to foster greater engagement of stakeholders in the country’s SDG progress report for the year 2021 and to seek their input into the effects of the pandemic on the priorities of Uganda’s third National Development Plan. Among the participants attending the conference were senior government officials, UN representatives, business leaders, civil society delegates, academics, and local authorities