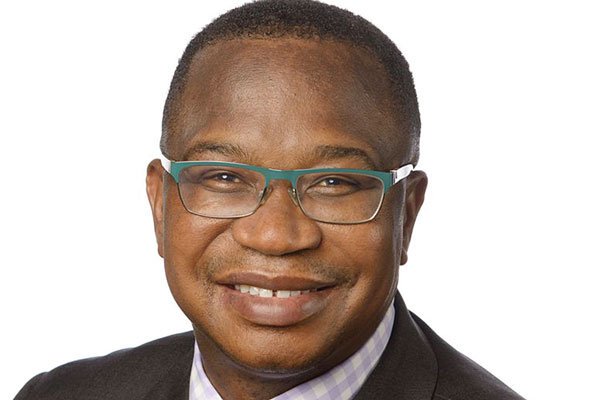 After the events of November 2017, then Finance Minister Patrick Chinamasa announced a budget filled with sound bites in what he termed the “New Economic Order”.

The gullible gave him a standing ovation but alas even by Zanu PF standards, this so-called budget was the worst in more than two decades.

Yesterday, Mthuli Ncube presented another hollow fiscal statement, which fails to deal with real issues and shies away from confronting the doors of raw State power. In any case, the so-called budget statement is utterly deficient in addressing the fundamentals and the substance.

The budget fails dismally to deal with the question of the currency for use in the country and in fact it adds more distortions than clarity on the issue. The lack of clarity on currency issue is at the centre of the multi pricing system and a decisive Minister ought to bite the bullet and make a decision on the matter.

Yet Mthuli, in his budget, ignores the distortions being caused by the bond note, he proves beyond reasonable doubt that he is scared of the raw State power which is in the hands of Zanu PF hardliners and securocratic oligarchs who need to maintain a printing press of sorts for purposes of patronage.

It is therefore clear that his claim of arresting run-away expenditure is just but pub talk, as long as the printing press is alive the state will continue to finance Zanu PF activities and fund the lifestyles of the elites.

The Minister should have proposed the demonetising of the bond note, reverting to a proper multi-currency regime and outlining a path towards joining the rand monetary union. It is clear that there is a foreign currency crisis owing to the unproductive environment arresting Zimbabwean industry as well as exchange and price controls that have resulted in chronic shortages of basics.

A budget with a wrong diagnosis will not be able to proffer accurate solutions. Just like the old Zanu PF character, Mthuli also joins the bandwagon of denial, and he does not take responsibility.

He fails to take responsibility for fueling speculative behavior in the second generation problems after his reckless announcement of separating NOSTRO and RTGS accounts as well as the ruthless taxes he imposed.

These also form part of the package resulting in price hikes.

Mthuli however in his presentation admits part of the problem is lack of confidence but mumbles without telling us what he will do about it.

The source of confidence is not reflected in his narrative yet we in the MDC have always advised that the only way to deal with confidence issues is to deal with legitimacy issues. Those who steal elections cannot inspire confidence.

This is directly linked to the issue of reform which Mthuli mentions in his statement, he speaks of democracy as a panacea to international acceptance yet on the same day barbaric and shameful fascists assault MDC MPs in Parliament—an environment of privilege.

The MDC is of the view that his claims of reform are a foundation built on quick sand.

The reform agenda and international engagement is the only viable route to debt clearance which the budget as well fails to deal with.

It is still not clear which route the Minister is taking.

The infrastructure thrust he spoke about is easier done through access of multilateral reconstruction funds. The failure to reform, coupled with confusion around middle income status, complicates the whole process.

A lipstick commitment to alignment of laws was made but the allocation made in respect of Independent Commissions is an insult to their independence, their capacity to do their work and the ability to hire professional and competent staff.

The MDC also notes with concern the failure to confront the land question in the budget.

We are of the view that the budget should have addressed the following with the view to improve agriculture viability.

1. Bringing finality to the land question. Presently people are still fighting over land invasions. We restate that there must be a land audit to ascertain ownership and productive capacity as well as issuing title to current occupants.

2.  Deal with security of tenure. Newly resettled farmers must be given title deeds to the land so as to ensure they have not only land use value but exchange value so that farmers may be able to borrow.

3.  Financing agricultural infrastructure: In order to fully empower the newly resettled farmers there is need for seasonal, capital and loans which can be provided by commercial banks as well as the Rural Development Fund.

4.  Agricultural markets: It is crucial that markets for agricultural produce are restored. The current situation in the tobacco industry is unfortunate and must be curbed. Marketing for cereal produce such as maize and wheat must be given a priority.

5. Investment in equipment: A functional and organised farm must have access to farming mechanisation for tillage, harvesting, transportation and storage as this is vital for driving agriculture.

6. Harnessing water resources for agriculture: More than 80% of our arable land relies on rain-fed farming but have no access to proper irrigation facilities.

With all due respect, this budget is a continuation of the old order of economic lethargy, economic destruction, corruption and patronage. It does not even address the issue of the usurious 2c a dollar this government is fleecing from innocent Zimbabweans. The token reduction of five percent from the salaries of the well-heeled is so measly it will not make any positive impact.

This so-called budget statement lacks clarity, shies away from the national questions and must be rejected as It reflects a vampire state intending to suck from its citizens, a robber state which takes from the poor to maintain those who fly in chartered Swiss jets.