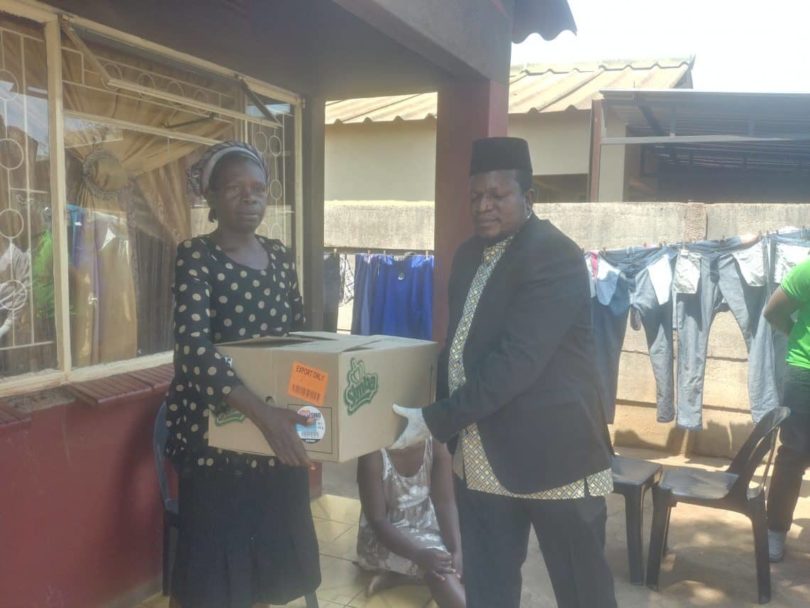 Renowned traditional healer Kamwelo Banda popularly known as Sekuru Banda has joined the fight against cholera and pledged support to those impacted by the pandemic.

In a rare show of love and compassion, Sekuru Banda took time off his busy schedule where he often meets his legion of clients who come with various problems and ailments to visit the sick at Glenview Polyclinic Cholera Treatment Centre.

“It is not something we often get every day to be visited by a person of the calibre of Sekuru Banda whom we know to be a very busy man. This visit on a hospital bed, especially from a stranger, should be applauded because it gives us hope for life despite being diagnosed with cholera. I know he is a popular traditional healer and what he has done to me and other families is a huge show of compassion and philanthropy and for that I am very grateful,” said a middle-aged man who identified himself as Charles to protect patient confidentiality.

Apart from assuring the bed-ridden that they would walk out of the treatment centre strong and energetic, Sekuru Banda donated an assortment of hygienic stuff to the sick and their families.

On Wednesday 19 September 2018, Sekuru Banda bought hygienic ware to more than 100 families in Glenview, which is the epicentre of the cholera pandemic. Each of the families received an assortment of groceries like cooking oil, sugar, rice, maize meal and toiletries like soap, water disinfectants, washing powder, detergents and toilet paper.

He capped the donation by visiting the sick at Glenview Polyclinic after which he led reporters and other members of the corporate world to the Nyamweda family where he commiserated with the bereaved following the death of Jane Mandaza Nyamweda who succumbed to cholera a fortnight ago.

Titus Nyamweda, brother to the late Jane, thanked Sekuru Banda for his philanthropic heart and compassionate gesture of his love to his family and the whole of the Glenview community.

“I don’t have words to aptly describe how grateful I am to Sekuru Banda. It is not easy for an individual to subtract from the little he gets and come to help us in this magnitude. The donation he gave us will go a long way in protecting other family members from contracting the deadly cholera. We urge other corporates and well-wishers to follow in the footsteps of Sekuru Banda so that we can have a healthy society,” Titus Nyamweda said.

Sekuru Banda thanked the government for declaring a state of emergency to invite various stakeholders to pool resources together in the fight against cholera.

“I thank the government for realising that the scale of the cholera pandemic was large by declaring a state of emergency. I am pleased by the response of the corporate world, the donor community and various stakeholders who are assisting those affected by cholera. I am sure my small gesture of donating to the various families will go a long way in alleviating cholera,” Sekuru Banda said.

Sekuru Banda was born into a family of gifted traditional healers. He went on to study traditional medicine at Ghemsa University in Ghana for four years.

He is famous for treating various ailments like cancer, diabetes, tuberculosis and other non-communicable diseases. Apart from treating these ailments Sekuru Banda has helped uniting many broken families. He promotes faithfulness by prescribing concoctions that prevent partners from having extra-marital and promiscuous affairs.

The rate of theft cases is also going down thanks to Sekuru Banda who uses his God-given powers to make sure thieves return stolen goods and property to their victims.

Sekuru Banda is overwhelmed by clients because of his good works in the community and his reputation for healing various ailments not only in Zimbabwe but worldwide.

He is playing a pivotal role in the tourism sector because of international guest who throng to local hotels in order to get the services of Sekuru Banda. The foreigners do not only bring in foreign currency but also help cement Zimbabwe’s ties with other countries in line with President Mnangagwa’s mantra of “Zimbabwe is open for business.”