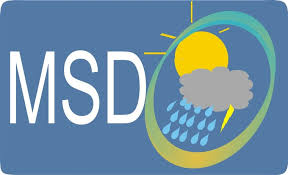 Zimbabwe is expected to experience reduced rains as a result of drier atmospheric conditions, it has emerged.

According to a forecast by the Meterological Services Department (MSD), some parts of the country are expected to be very hot and the public was warned to take pre-cautionary measures.

“Accordingly tomorrow 18 January 2018 all Matebeland Provinces and Bulawayo Metropolitan Province should be mostly sunny and hot therefore the public is advised to avoid direct sunlight as much as possible, wearing wide brimmed hats and the use of umbrellas and more importantly monitor our daily weather bulletins,” the department said.

Isolated thunderstorms which occurred on Monday in which Mvurwi (50mm) a localised downpour had and other notable rainfall amounts were 20mm at Chisenga followed by Norton with 15mm.

“ Harare Metropolitan Province, north of Midlands Province, all Mashonaland Provinces and north of Manicaland Province are forecast to be with residual moisture, that should cause cloudy and warm weather with occasional sunny outbreaks,” said MSD.

In a statement, MSD said that chances are high that areas which include Masvingo Province, south of Midlands Province and south of Manicaland Province should be briefly cloudy at first becoming sunny and warm with scattered clouds from midday.